Where The Wild Geeks Are

I put out a clarion call,

To my fellow geeks, large and small.

“Bring your towel, lightsabers, your costumes, and slide!

We will show them that geeks have fun, indeed have PRIDE!”

My annual Geek Pride Day party was held last Saturday, May 24th.  We invited every geek and nerd we knew, as all as anybody who is daily affected by geek culture.  I had grand expectations as to the overall outcome of my months of planning, but they pale in comparison to the reality!

The first primary aspect of our event was the geek culture themed food contest and potluck.  Many amazingly artistic and creative entries were brought; and as one of the judges, I can say the decision was difficult.  Just look at some of these!

First prize was awarded to Veggie Yoda, made by Craig and Rachel.  Second place went to Cameron and Britney and their “No Moon Cake Pops.”  Brandy and Darrin took third place with their Lembas and Spam Domos (we couldn’t decided which was more awesome, so both were included!)

Of course one of the big draws was the giant slide.  Big enough for full grown and mini-geeks alike, everybody had a great time on it.  We all learned or re-discovered exactly how harsh of a mistress gravity truly is!  Especially when it was time to take the slide down.

Now, I said “one of the big draws.”  The other attracting force to all of these other geeks was the fact that we held a raffle in which we gave away a Raspberry Pi!  Everybody I talked to throughout the party looked forward to having their ticket number read aloud, and they all had plans for their first Raspberry build!

To stretch out the suspense a bit, and give others some neat things to take with them, we included a few other goodies.  My wife Stacey is a vinyl geek, so she made a bunch of awesome decals, and some t-shirts (shameless plug!  You Say It Designs)

The winner of the Raspberry Pi turned out to be Rachel (the creator of Veggie Yoda.)  She was incredibly excited due to the fact that her 4 year old daughter Emma wants to learn programming!  Therefore the outcome of our raffle is precisely what I had hoped it would be: it ended up being an opportunity for someone to learn a new set of skills that can ultimately impact their life for the better.

That is what being a geek is all about! 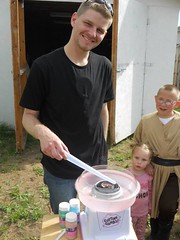 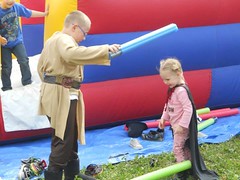 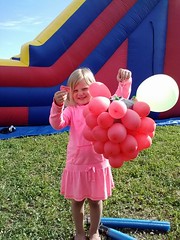 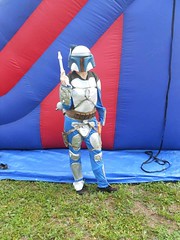 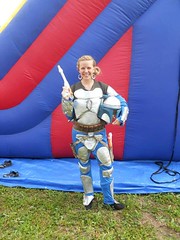 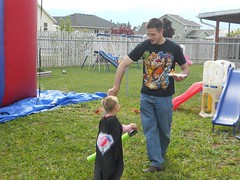 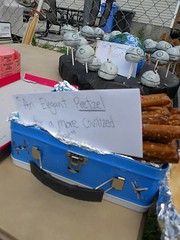 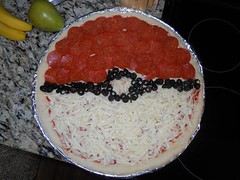 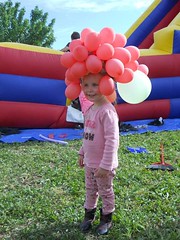 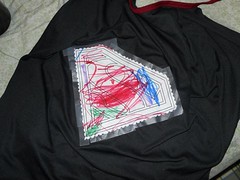 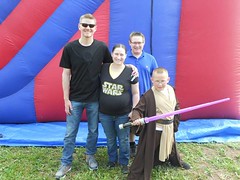 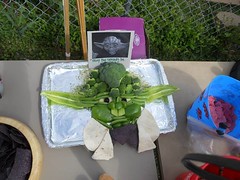 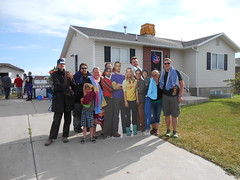 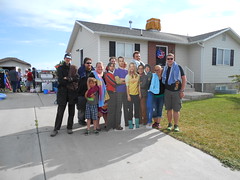 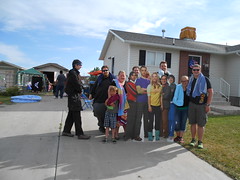 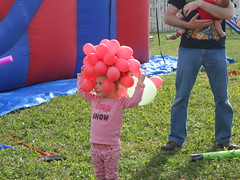 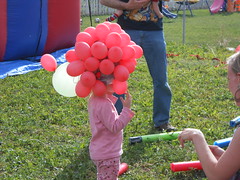 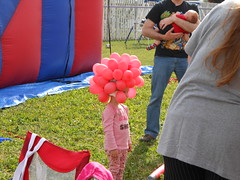 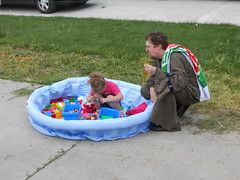 Some of My Code